Making a game with Javascript: Part 1 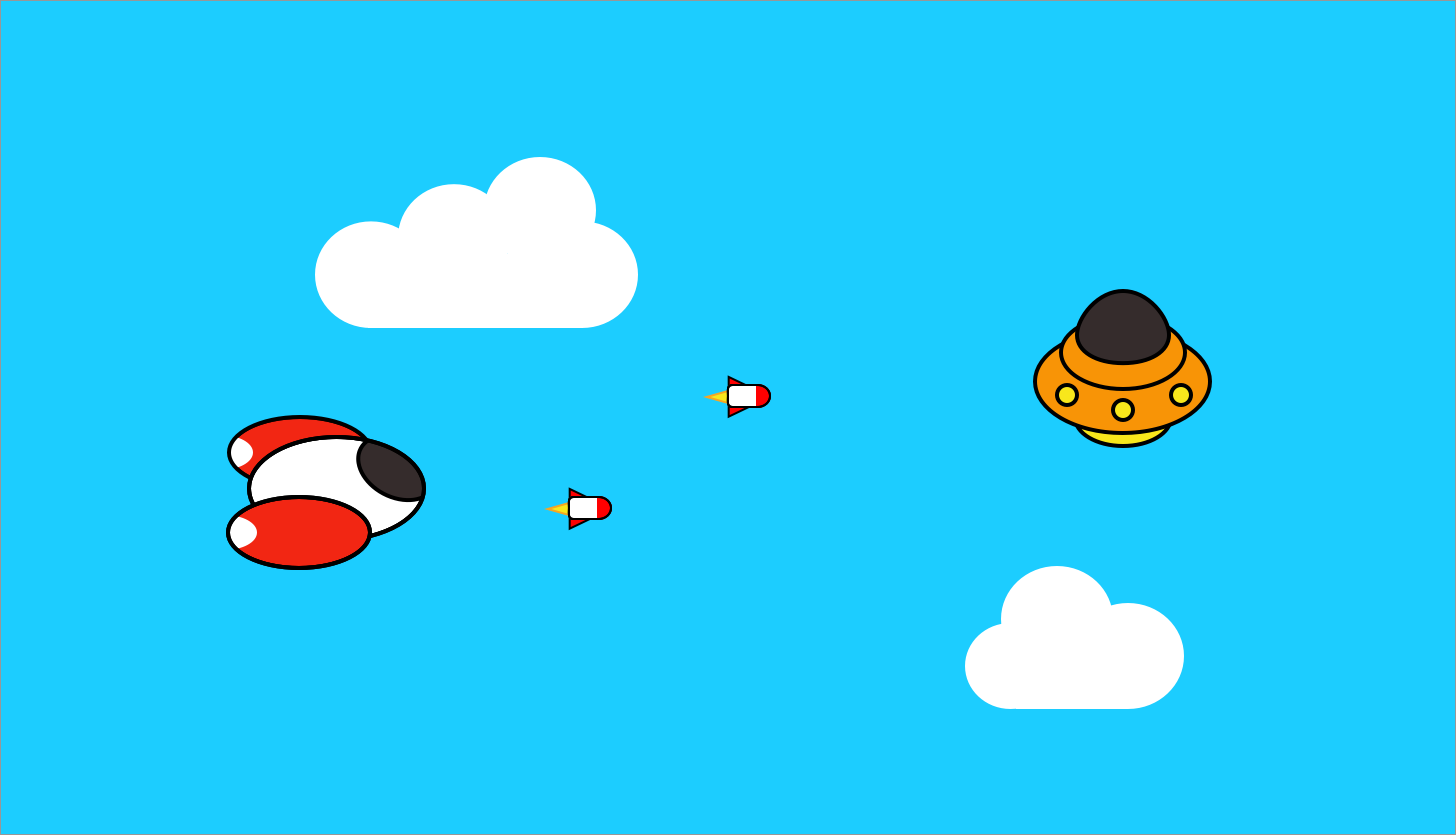 Hi everyone, I wrote a shoot'em up tutorial few years ago that got published on Medium and Hackernoon, and got read by lot of people, but something itches a lot : it's old now! I was a very young developer at that time, and I just wanted to rewrite it with a better code quality, and new development tools (for example, using a webpack dev-server instead of Mamp).

It's was also not completely finished, as there were no enemies (only a flying / firing ship between moving clouds) so this time I will go much further in the gameplay.

The complete source code of this tutorial part can be found here:
https://github.com/Karzam/Spaceship_Tutorial_Part_1

I will not explain all the functioning and concepts behind each tool, but I will try to be as clear as possible, so most of people can understand what's going on. This tutorial is mostly intended to novice developers, and people with code skills who just want to discover Pixi.js. I won't go too far in the abstractions and implementations, just keeping something readable and simple.

I hope that everyone will be able to reproduce and understand it. Let's start with the setup!

The starter project can be cloned / downloaded from Github:
https://github.com/Karzam/Spaceship_Tutorial_Starter_Project

You also need Node.js to be installed:
https://nodejs.org/

Once it's done, on your terminal / command line, move on the root folder and run:

...so all the needed packages will be installed in your local project. Webpack is basically a bundler that compiles your files, manage your code dependencies, and also allows you to run a local web server that reloads automatically whenever you update and save a file in your editor.

Now, you can run this command to test the setup:

The web server will start, and if you visit http://localhost:3000/ in your browser, you will see a black screen. If you open the devtools console, there will be a pink message like PixiJS 5.2.1 - ✰ WebGL 2 ✰, meaning that Pixi is running fine.

Now that everything is setup, we can finally start working on the game. In this part, our objective is having a blue sky, with moving clouds (so we'll feel like we are moving fast).

If you look at index.js (the file where everything starts) you will see a new application creation, specifying a width and height for our game, and a resolution. The stage constant is basically a container displaying objects, it's a "frame" where the game lives. The init function is called when all the needed assets have been loaded, and the loop one is called every frame to re-render the stage, with all the objects moving, etc.

First, what we need is to update the backgroud color of our stage. There is a property on app.renderer that allows us to set it :

This background is kind of boring, isn't it? Let's add some floating clouds. First, we need a CloudManager.js class file in the src folder, to create and manage their move. This ES6 class constructor is where we need to make the clouds pop:

We fill an array with cloud entities : for each cloud created (here we have 8 at the same time) we create a new sprite, we reset the cloud with new random attributes, and then it's ready to be added to the stage.

Why creating the clouds and then not destroying them to create new ones? Because it's better in terms of performance to keep the same objects and update their properties, instead of creating and destroying new entities every time.

All the computed attributes are put inside a function, because we need it for the update loop that is just below:

For each cloud entity, we move their position and if they go beyond the left border of the screen, and are out of the visible range, we reset them with new random attributes. That's all for the CloudManager class!

Next step: to import the cloud sprites, and instantiate the game's CloudManager in the main file.

You can download the 2 textures in the links just below, and them to your build/assets folder (image previews are invisible on Github because they are white):

Then, we have to tell Pixi to load these images before initializing the game. So update the loader.add method in index.js with the texture paths:

...and import CloudManager.js file at the top of the file:

Now that it's done, we can simply create the CloudManager instance in this same file, by adding an empty let variable before the init function:

Here we can't declare this variable in the init function scope as it will be used in both init and update, so we can assign the instance in init to create the clouds, and update it in the game loop:

Congrats! Of course, there are lot of improvements we could make here, like varying clouds speed or make the background tint change over time, but the essential is done.

Remember that you can find the source code of this tutorial here:
https://github.com/Karzam/Spaceship_Tutorial_Part_1

And if you have any questions, you can reach me at bapmenard@gmail.com

In the next part, we'll add the player spaceship, making it move and shoot.